You are here: Home / The Kitchen / How to De-Kernel Corn: The Easiest and Least Messy Way Possible

It’s corn season! Yum! I happen to have a husband that had his front teeth knocked out in a motorcycle accident before we met years ago (yes – he has teeth- but they’re veneers) sooooo around my house we don’t eat much corn on the cob.  Solution – get the corn off the cob! 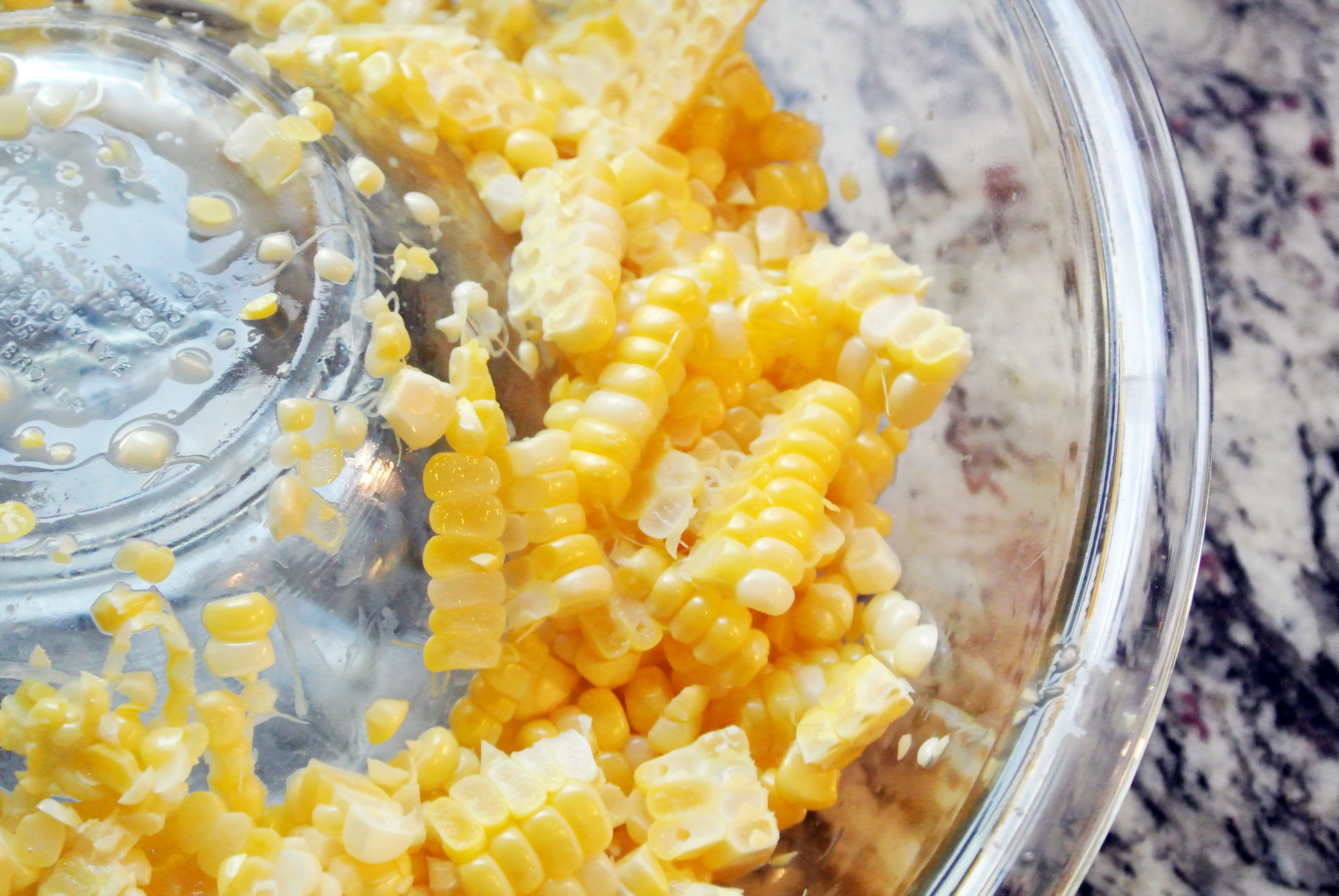 If you know me you know that I have a love/hate relationship with kitchen gadgets.  First, so many of them are so pointless – have you seen the banana slicer?  Really? Is it that hard to slice a banana on your own?  How big is your kitchen?  Do you have separate tools to slice all of your produce?  Anyways, last year after canning corn relish (post to come on that later) I decided to break down and buy a tool to de-kernel corn.  You know what?  It sucks – I used it for one cob and gave up.  A few weeks later I was watching a cooking show and was introduced to this trick – it’s the easiest and least messy way I’ve found to de-kernel (is that a word?), or get the corn kernels off the corn cob.

How to De-Kernel, Get Kernels of Corn Off The Cob:

Grab your corn, take off the husks and silk if needed.

Put your large bowl on the counter. Flip the small bowl upside down and place inside of the large bowl.  Place a corn cob on the center bowl, the pointy side should be facing up.  Grab your knife and cut the kernels off the cob. Make sure you don’t cut into the cob or else you’ll have to pick it out later. 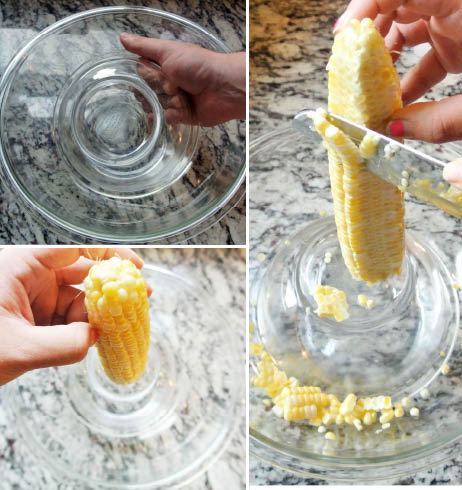 The large bowl catches all of the kernels and the small bowl acts as the perfect place to rest your corn on. 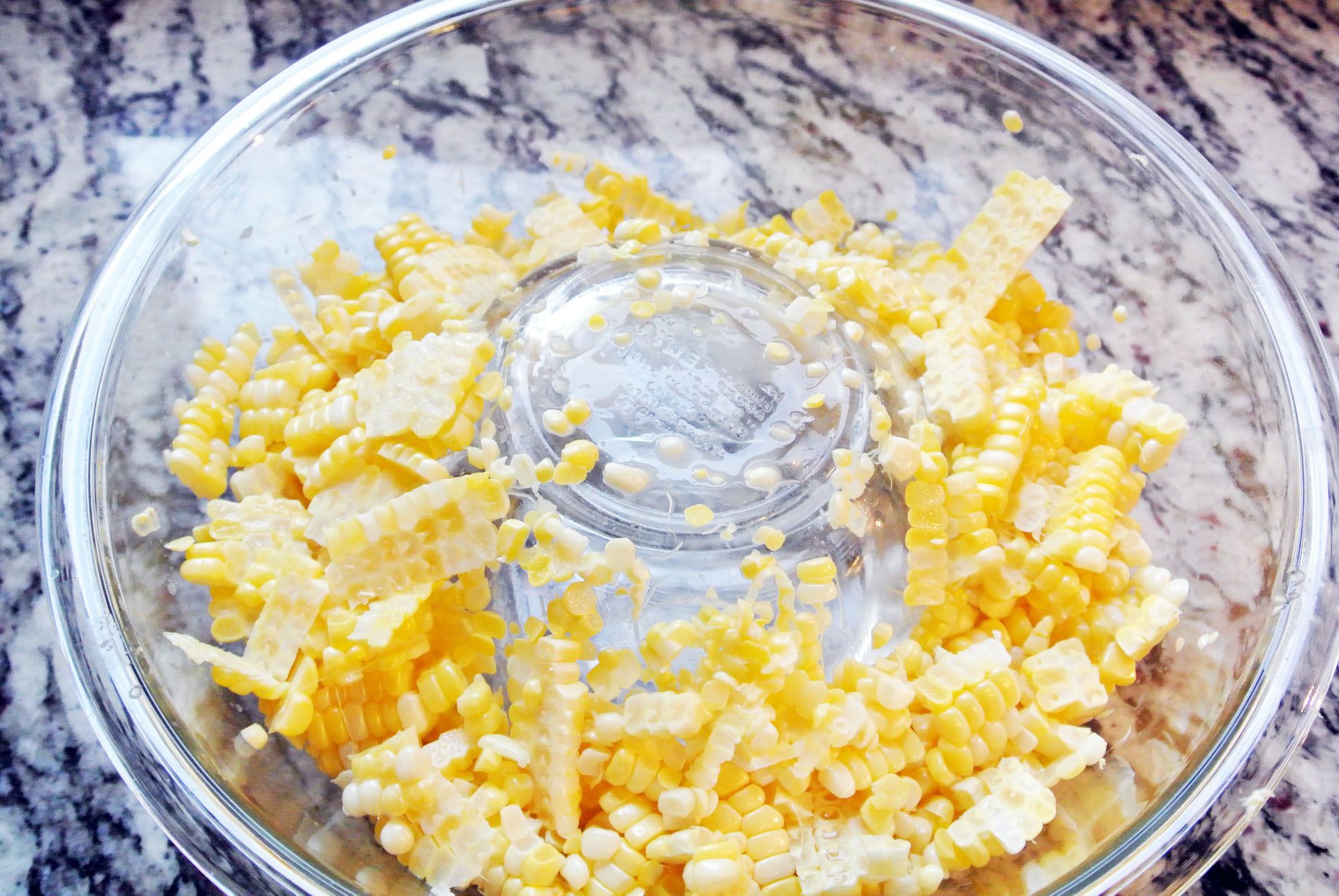