You are here: Home / The Garden / What to do About Moldy Seed Starting Trays? Organic Gardening Mishap #1

Ok, so you probably saw my post that I started my first batch of seeds on 3/9. I planted more on 3/17. On 3/17 I planted tons of Rocky Top Lettuce mix,  tons of Arugula, 3 Calabrese Broccoli, 5 Waltham Broccoli, 5 Stonehead Cabbage, 4 Golden Cabbage, 25 Beets (I’ll be succession planting these for a total of 160) and 6 Eggplant.

My trusty seed starting tray and almost every single cell is covered in mold. 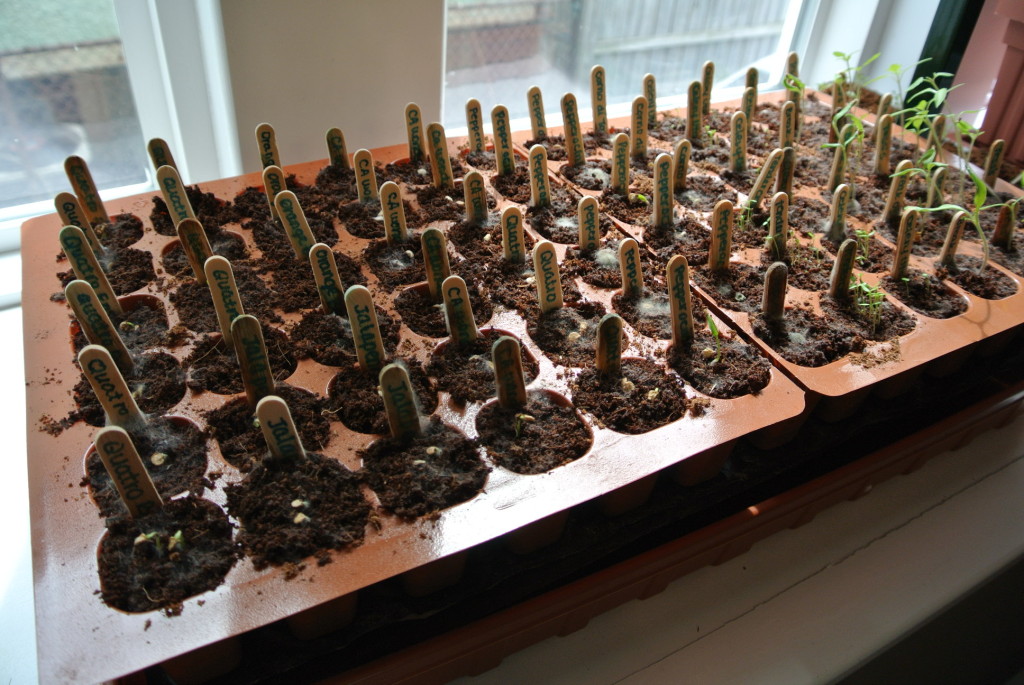 Obviously, you can see in the picture above that a few of my seeds did actually start growing, the tomatoes seemed to fare the best. I felt devastated so I went to a local store called Brew & Grow to ask for some advice.

The problem; too much moisture.  There are a few things you can do if you’re left with a moldy seed starter…

First I tried to let it air out. Even after a week of letting it air out – I’m still left with this moldy mess…..Soooooo, I bought more stuff and decided to start over.

By the looks of this pic, things don’t look like they’re going so well…

Moldy Seedlings in my Seed Starter

I’m too late for this with this batch of seeds, but here are some ways to prevent it next time…

What one am I going to use? From everything I’ve read Cinnamon sounds the easiest and everyone says it works amazing. That will be happening when I start my next seeds.