You are here: Home / The Kitchen / Dinner Recipes / How to Cook Planked Great Lakes Whitefish in the Oven

The absolute best whitefish I’ve ever had was in Kilarney, Canada a little town on the Northern Shore of the Georgian Bay in Ontario.  You literally watch the fishing boats coming in, they take the whitefish, clean them, and then bring them out to an old red school bus turned food stand where they fry it. The second best, from Charlevoix, MI, where I’ve vacationed since I was born.  That’s where I was introduced to planked fish – which I recreate at home all the time! It makes for a light and delicious summer dinner! 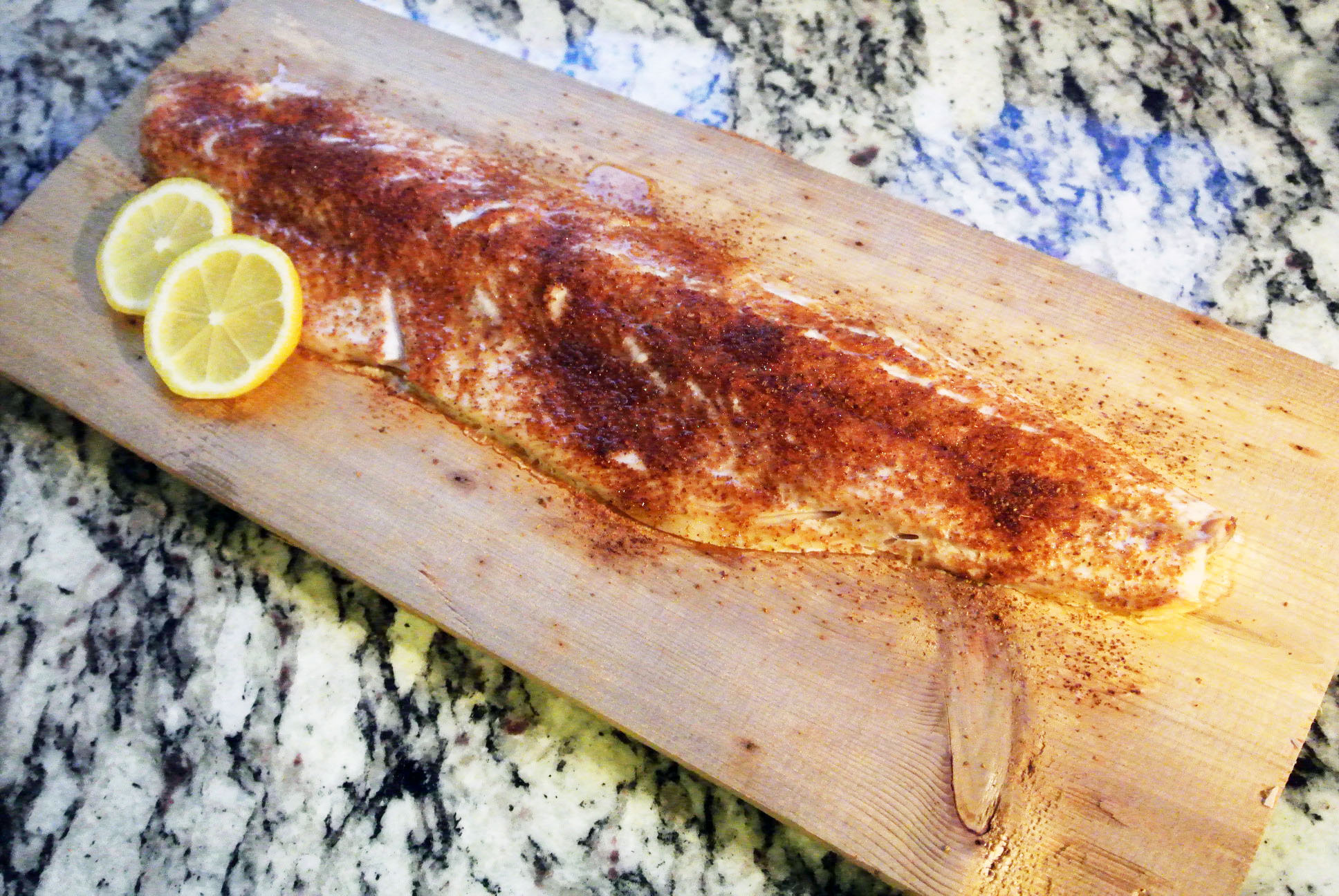 Cooking fish on a plank isn’t hard at all. I cook fish on planks in the oven and on the grill.  This time I cooked it in the oven.

Planks come in multiple different sizes, you can usually find them near the fish market part of grocery stores.  I use these longer ones for the whitefish so I can use one per filet.  The shorter ones are good for salmon filets. Soak the planks in cold water for at least a half an hour. This is the minimum amount of time and is NOT long enough if you plan on grilling!

Preheat the broiler in your oven (I have two settings, I would recommend low if you have it).

Place the whitefish filets on the planks.  Season, we used Sanfrancisco Bay Seasoning from Whole Foods (found near the fish market) because it’s gluten and soy free.  We’ve also made this with lemon pepper seasoning, or simply with a little homemade seasoned salt and dill weed – both are delicious! 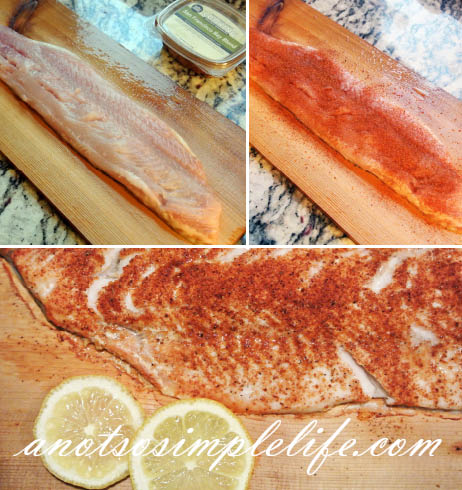 Broil on low for 10 minutes or until the fish flakes with a fork. Then enjoy (with tons of vegetables from your garden it you have them like I do – yes, be jealous!) 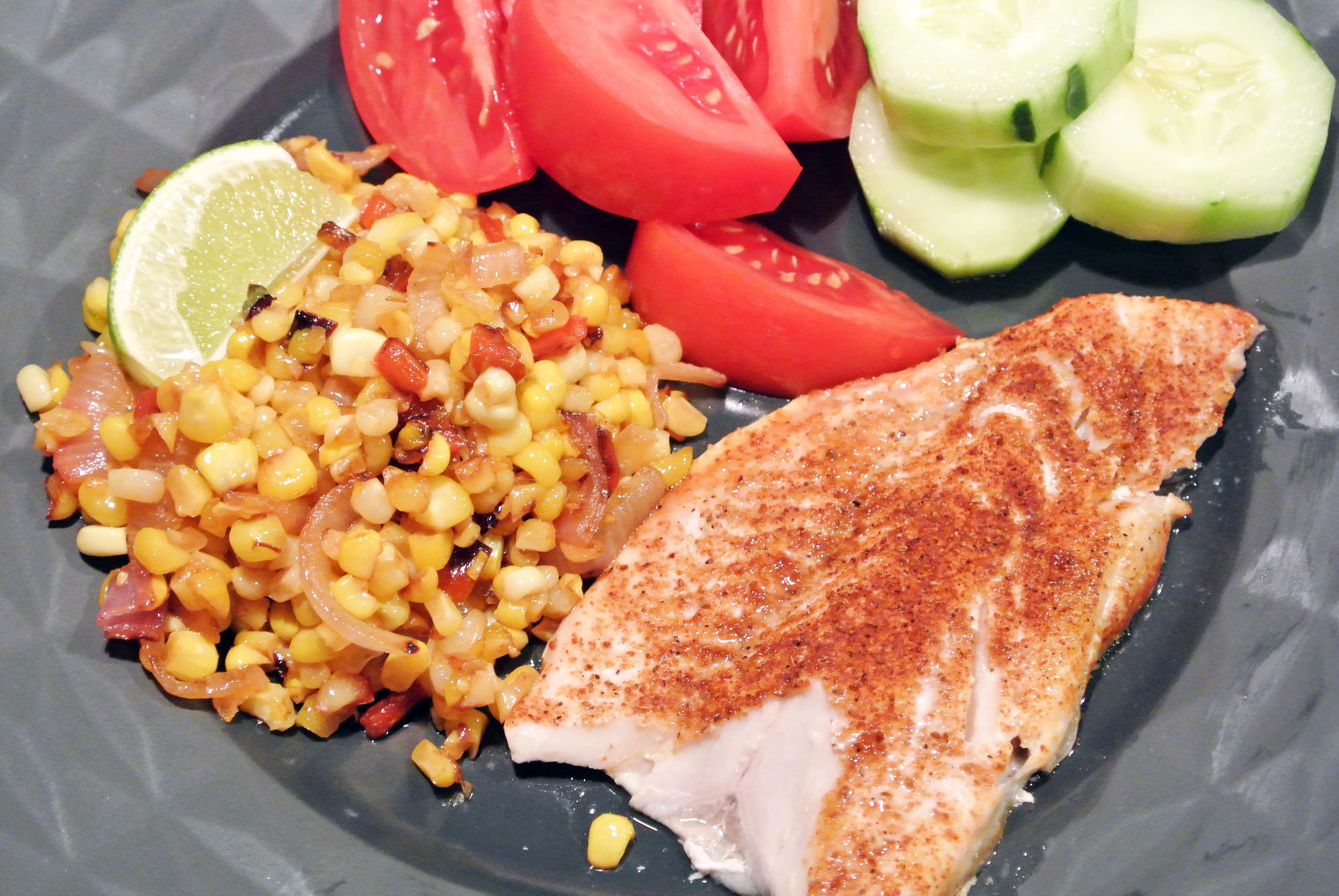