Back when I first went gluten free, dairy free, and soy free; probably nearly 5 years ago, I found a random recipe for gf banana bread made with gf Bisquick on some random forum (because oddly, that was where most of the recipes were back then) and it was really amazing.  There were no pictures, just a few sentences from a guy who had wanted to make some for his Celiac wife and had experimented with some success. Back then, the only way to find good recipes was to network with other people with the same dietary restrictions like that. Nowadays, there are hoards of people, specifically bloggers, baking gf, not because of allergies, intolerances, or health issues, not because they themselves eat gluten free, but just to try and grab a share of the web traffic.  Drives me nuts because honestly, you cannot tell if your gluten free baked goods are actually good unless you eat gluten free all of the time.  If you’re here a lot you know, I don’t touch gluten, EVER, so I can assure you that this is the best tasting gluten free banana bread ever! I’ve made banana bread about a million times since finding the recipe. I’ve also lost the recipe about a 800,000 times and had to improvise, with much success (seriously, I’ve never had a bad batch)! I’ve also, since then, created my own version of gf Bisquick (because it’s so expensive and has preservatives) that you can find here. 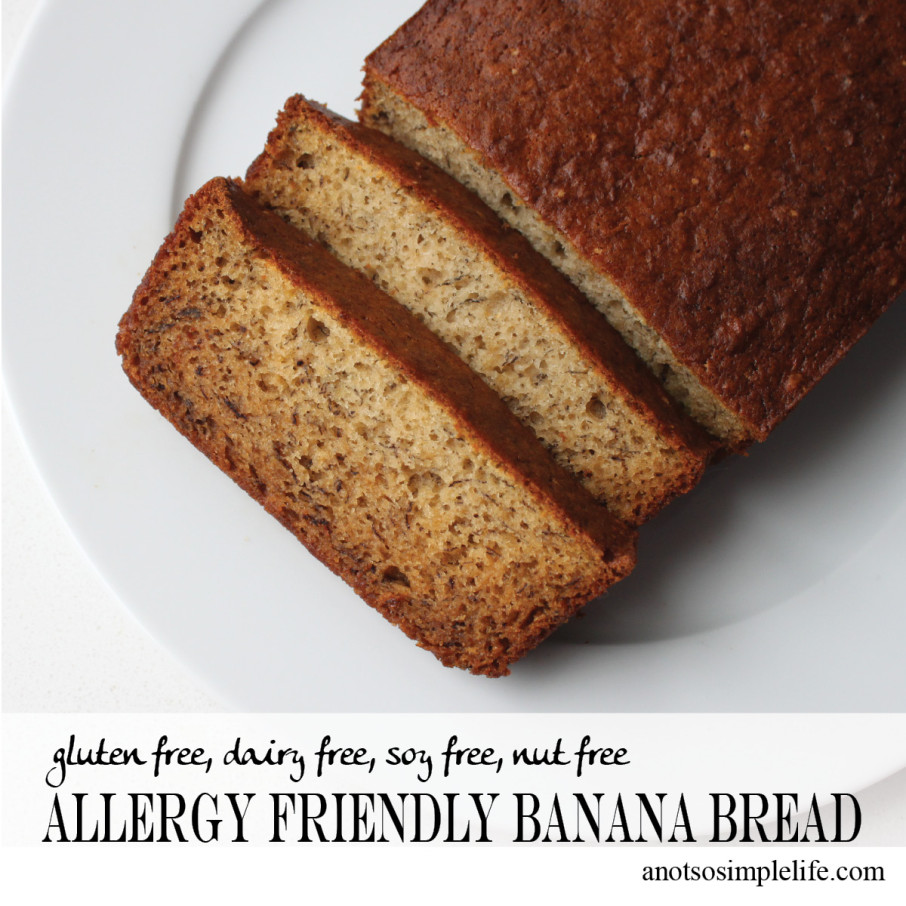 Last weekend, I left town (and my toddler for the first time) and went to Las Vegas for a bachelorette party. So fun, but, it seems that while I was gone, everything in the fridge curled up and died – most can’t be salvaged, but the bananas can! I have a batch of this baking as we speak. I added a handful of blueberries that were still hanging on too. Hopefully it will be good.  I had no plans of baking today because, it is HOT! Like nearly 90 degrees which is weird because before I left last week everyone was complaining about how it still seems to be like winter at night with temps in the 30s and 40s.  Now today, it’s so warm, that my toddler actually asked to come inside.  That has never happened….EVER! Instead of lounging around in front of the TV we decided to bake. He insisted on getting out the stand mixer, so we did, and he turned it on “super fast” sending flour literally from the top of his head down to his toes. He was laughing so hard that I couldn’t help but burst out laughing myself. Somehow the most fun times are also the messiest around here. Hopefully the batch that’s baking turns out as beautiful as this last batch. I love to slather it with grass fed butter (which is the only dairy I can tolerate).  Yup – that’s a lot of butter 🙂 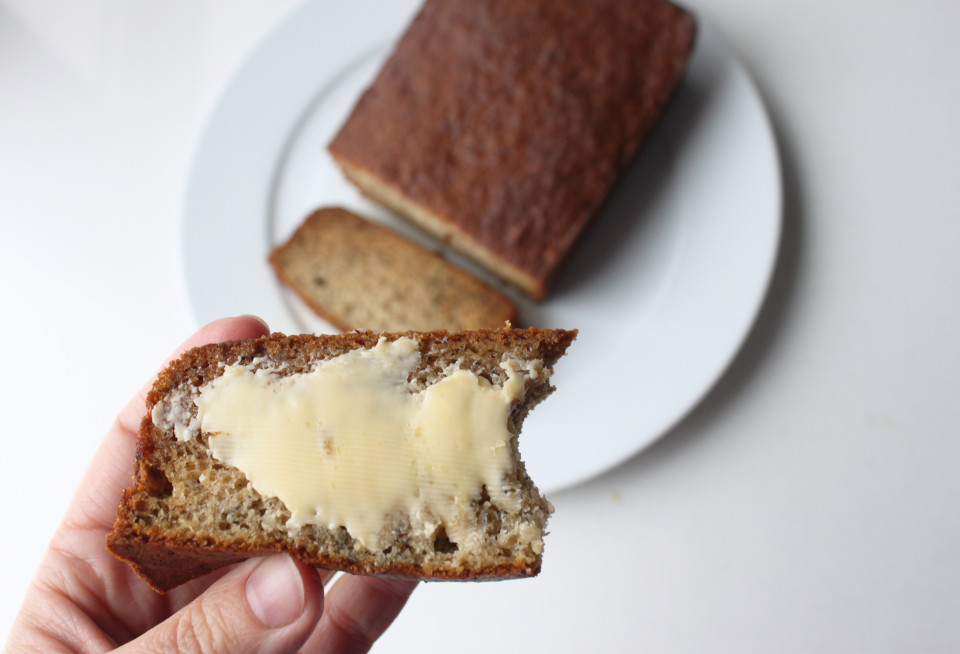 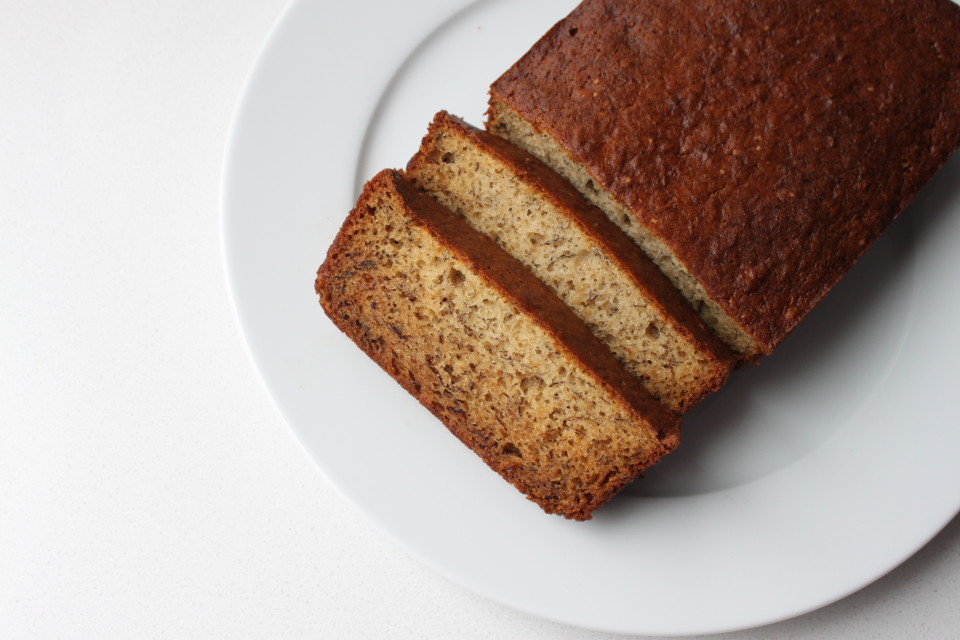 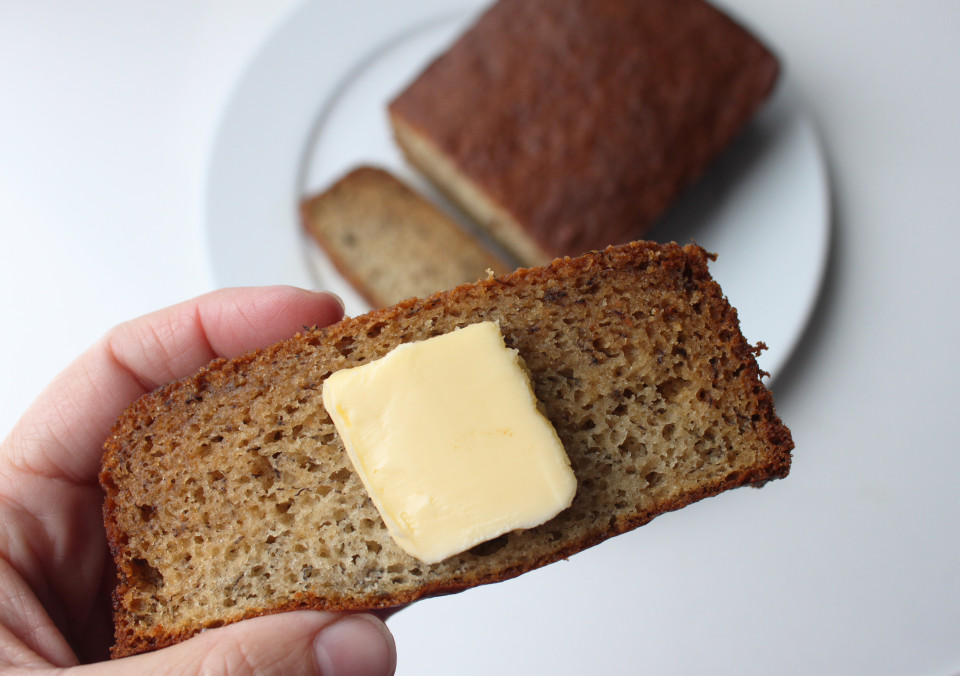