One, two, three, four….turnip seed packets. Really? I don’t even like turnips that much. What was I thinking ordering all of these seeds? I was delusional… mezmorized by these bacon braised turnip greens (specifically, these greens paired with maple glazed pork chops and homemade mashed potatoes). Honesty, you could probably make these with any greens AND if I wasn’t so drunk on my new found turnip green love, I probably would have loaded up on beet seeds instead, because I bet the greens taste just as good and I LOVE beets.  Oh well, if you have greens of any kind, turnip, beet, etc. Give these a try. They pair especially well with something sweet (like those pork chops I was talking about). Even people who don’t like greens will like them! My husband piled up his plate with pork chops and potatoes then took about a teaspoon of these….Sigh… until he took a bite of all three together and then ran back over the the pot of greens and dumped some giant spoonfuls on his plate. “These taste really good all together “…Yes, I was hoping they would, hence why I made them.

After telling my dad about these I learned that he loves turnip greens too (he’s kind of a picky eater so who woulda thought!?) AND they remind him of eating at my great grandparents farm, who grew a bunch of turnips! New family favorite for sure! These are modified from the recipe on the back of Glory Foods fresh turnip greens. 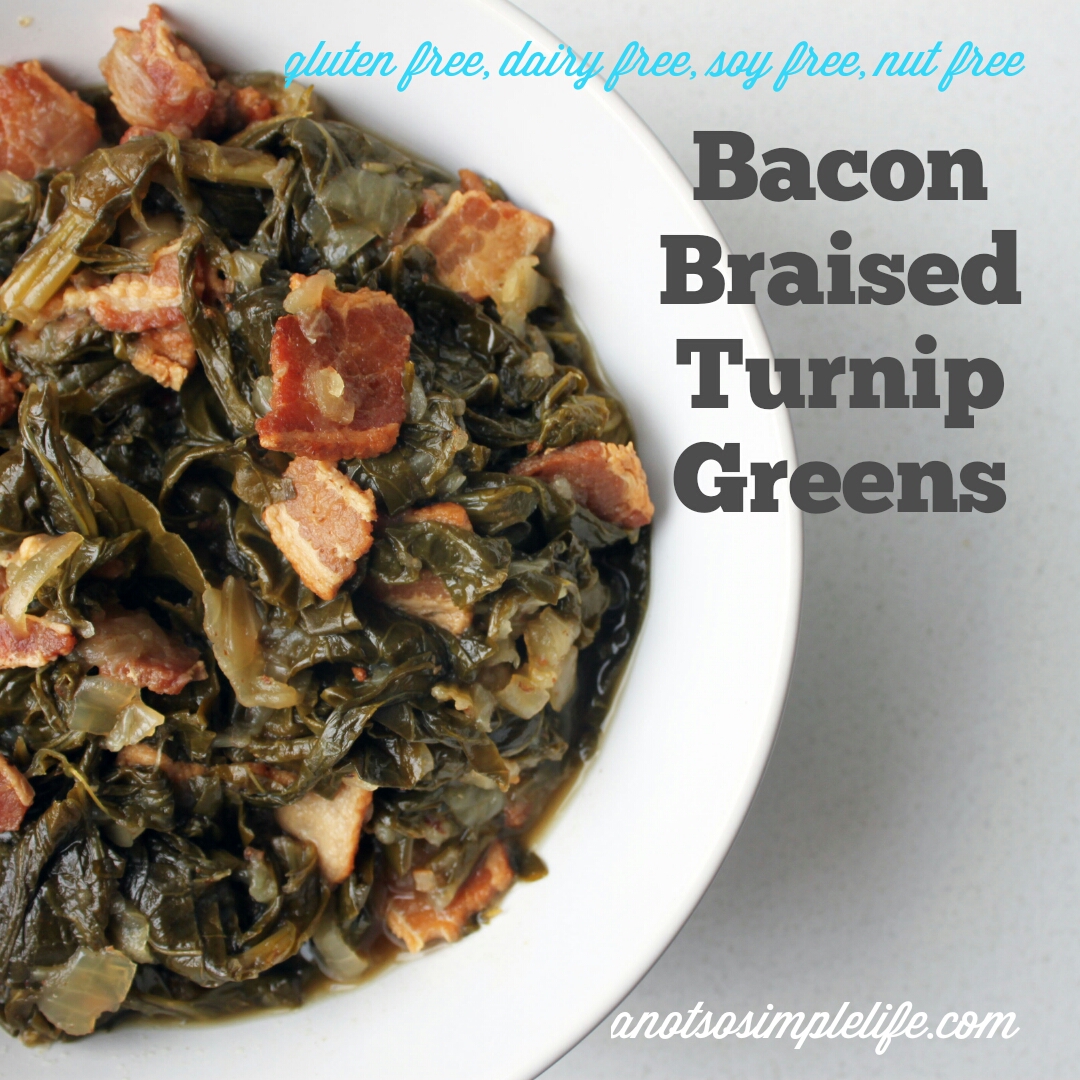 Do you have a pot/skillet like this, Lodge Deep Skillet (Cast Iron)

? I love mine and have been reading HORRIBLE things about non-stick pans. Ours went in the garbage – I suggest you do the same with yours 🙂 You can also get a great stainless steel set like these Cuisinart Classic Stainless 10-Piece Cookware Set

for less than $150 – well worth spending to not kill your family slowly with the horrible toxins being released from non-stick! On to the rest of the recipe…..

Saute the bacon in a deep skillet until crispy. Drain fat reserving 2 tbsp in the skillet. Add turnip greens and stir to coat with the bacon. Add 1 cup water and sprinkle with a pinch of pepper. Bring everything to a boil then reduce to a simmer and cover for about 45 minutes (or until tender)

The original recipe called for a teaspoon of sugar but I omitted it and serve these with these maple pork chops instead. 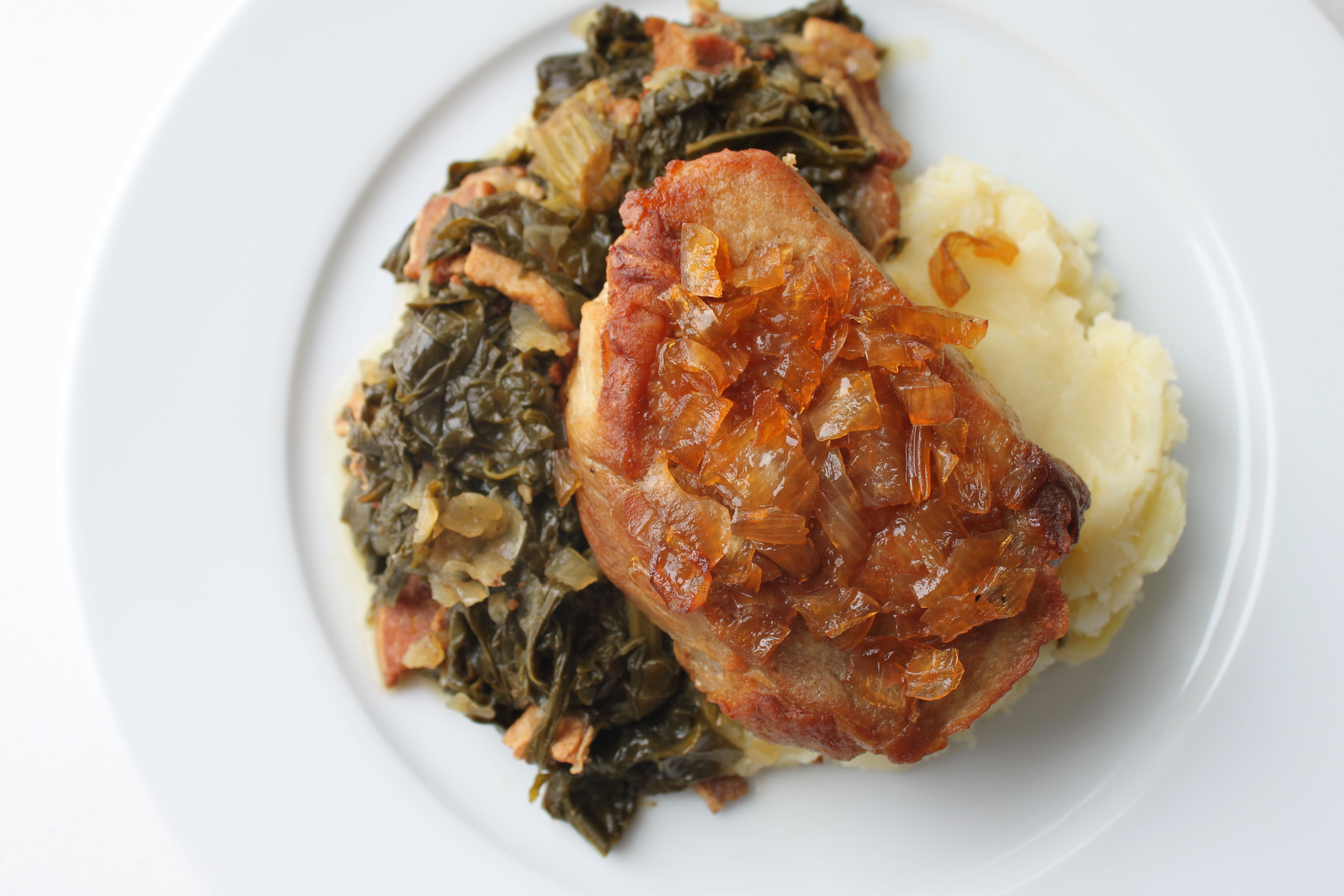 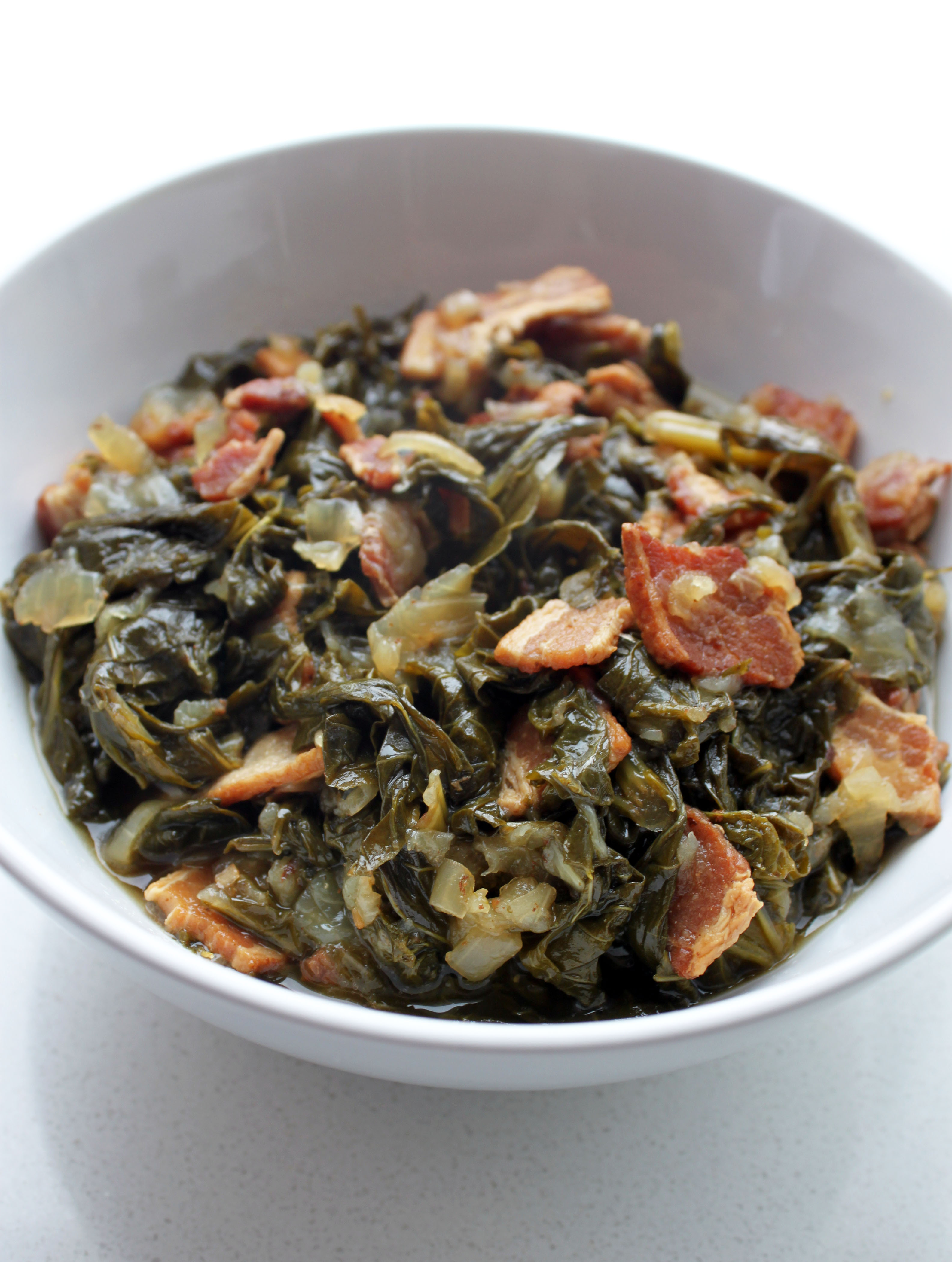 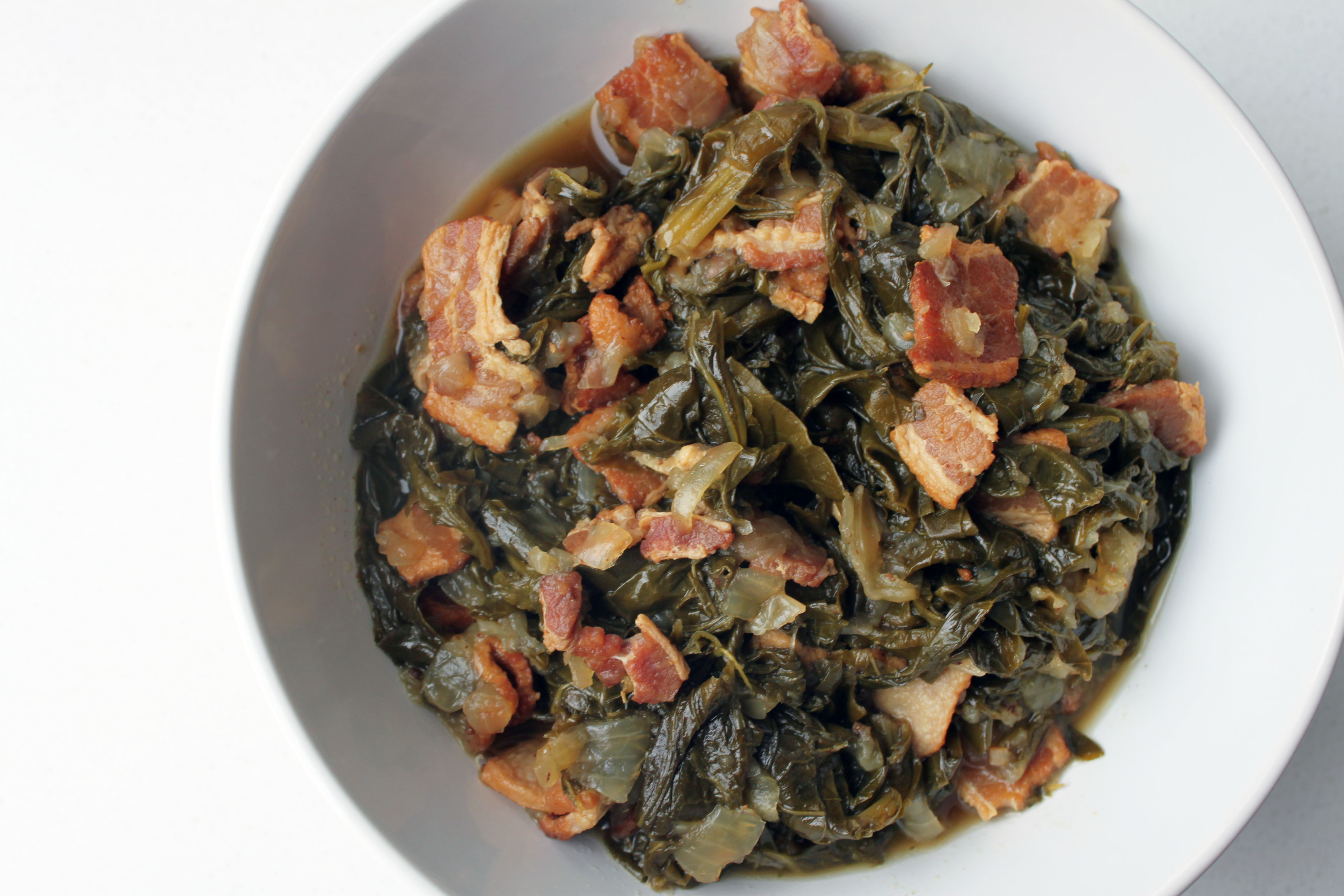