One of the best things about holiday cooking are not only the traditional holiday meals, but also the traditional after holiday meals. This one may surprise you but it’s become a staple in my house both after Easter and after Christmas with leftover ham. My husband doesn’t eat ham and bean soup that my family always made growing up to use the ham bone and leftover ham (I personally love it and have a ham bone in the freezer waiting) so for years I was left questioning “what can I make with leftover ham”? According to my husband this one’s a winner – it’s also one of my favorite gluten free, dairy free, soy free, nut free and egg free soups! This can also be made nightshade free as it tastes great without potatoes (just double the corn).

Summer’s approaching and I still have quite a bit of stuff in my deep freeze from last summer, specifically a ton of frozen broccoli, apples, and corn. We’ve been using up the broccoli making GF, DF, SF Ham and Broccoli Quiche (it’s so good, it seriously never gets old).  Expect to see a lot of posts utilizing my freezer stash in the near future 🙂 These pics were from the first batch of Dairy free Corn Chowder I made a few months ago, I’ll be making another batch tomorrow to use up the last of my frozen corn from the end of the season last year and ham from Easter. Enjoy! 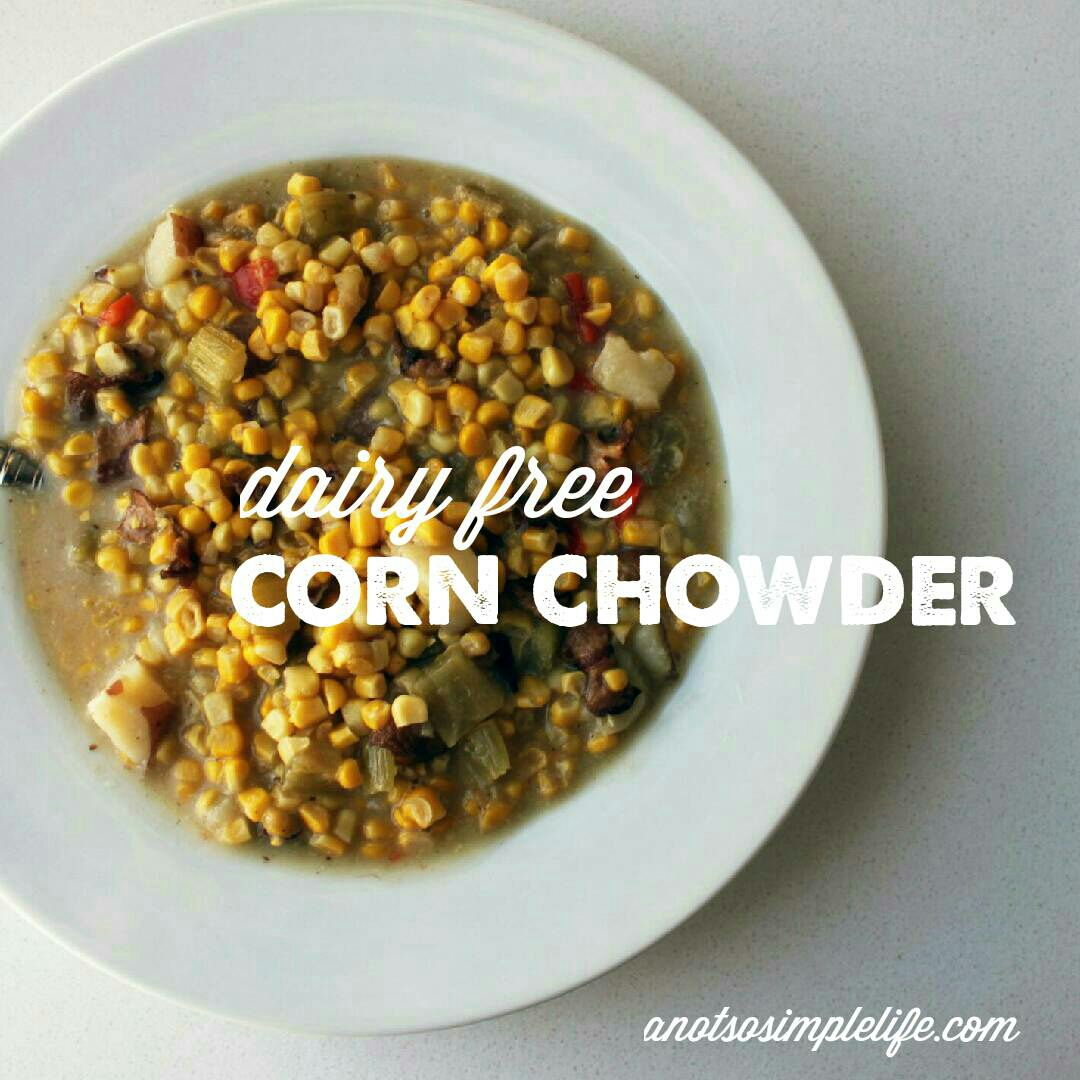 This recipe is modified from a recipe by Cybele Pascal that can be found in The Whole Foods Allergy Cookbook, Two Hundred Gourmet & Homestyle Recipes for the Food Allergic Family

because it thickens nicely. Trust me on it – I’ll try and create a post of all types of thickeners at some point – at which time I’ll link back to here)

In a large pot, cook the bacon over medium heat until crispy.  Add onions and celery and saute for 5 minutes.  Add potatoes, chopped ham and broth, bring to a boil then reduce to a simmer. Cook until the potatoes are almost tender (about 15 minutes).  Add corn and milk and simmer on low for another 15 minutes. If you want to thicken your soup, add the 2 tbsp flour to a bowl and whisk in 1/4 cup of the hot soup until fully combined, then add an additional 1/4 cup soup and whisk, repeat again. Then whisk the mixture into the pot, stir to combine, and simmer for a few more minutes to thicken. 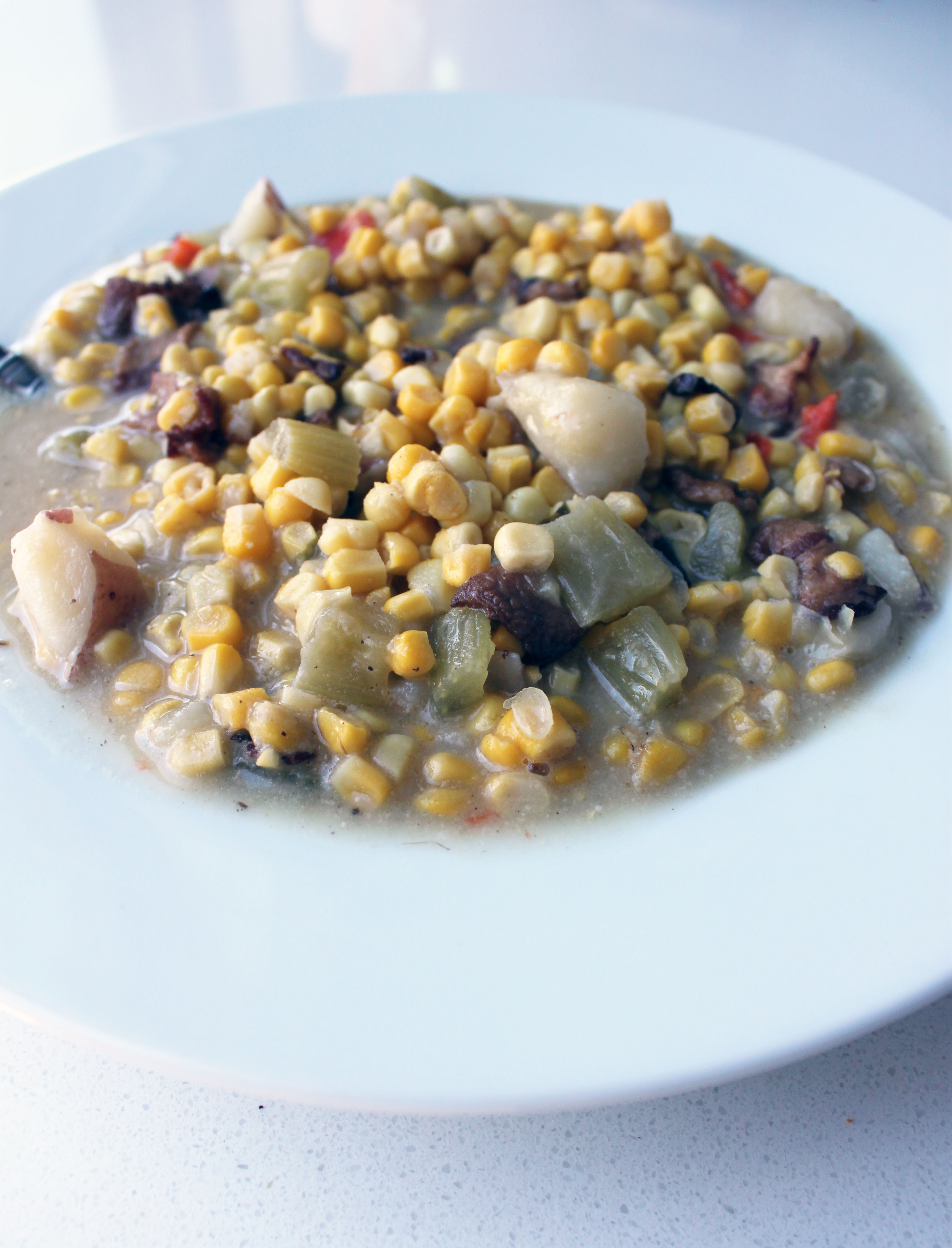