Years ago when I was visiting Chicago, probably like 2 years before I moved there (and years before I changed my diet) I went to a restaurant on Michigan Ave called Bandero. The food was good, not Michelin star or anything but but higher quality than most.  Oddly, years later I would work less than a block away at the newspaper there.  Years later, when I moved to Chicago, I walked past the restaurant and remembered the delicious sweet braised red cabbage, topped with goat cheese, that I had years before.  I couldn’t stand it, it sounded so good that I absolutely had to remake it! I googled recipes to try and figure out how to even begin, found a few that I thought looked similar and started cooking! I had a whole bunch of different recipe starters, each using different combinations of ingredients and spices. My little apartment on the border of gang territory on the Northwest side reeked first of cabbage, but then slowly changed to a cinnamon-y, spicey, sweet delicious aroma. One was too spicey, one was too cabbage-y, but eventually I got it just right.  My roommate came home in the middle of the experimentation and looked at me with digust, ick – I hate cabbage.  Well, that didn’t last long because she gobbled this braised red cabbage up.  In fact, I’m posting now because just a few weeks ago she messaged me to see if I had written down the recipe. I haden’t. We text back and forth until we mutually agreed that we had remembered all of the ingredients and their amounts. She made it, decided it was correct, then I made it and agreed.  So here it is, before I forget how to make it again. 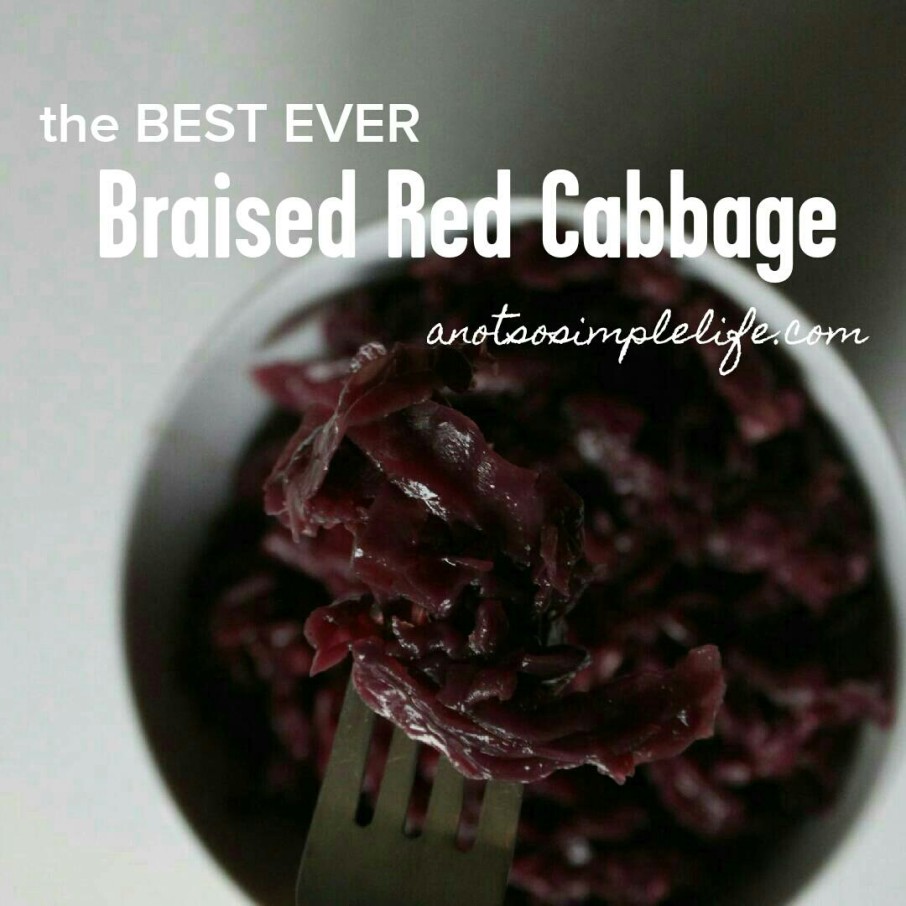 by Kristina
Category Dinner Recipes Side Dish Recipes The Kitchen
You can cook this for anywhere from 1.5 hours to as long as 4 hours (maybe even longer but I’ve never tried it). I like to make this either early in the day or the day before because it takes so long. It’s an allergy friendly side dish as it’s gluten free, dairy free, soy free, nut free, egg free and nightshade free. It’s also a very flavorful addition to your meal if you’re following an elimination diet. I love to pair it with my Celery Root and Parsnip Puree, or dairy free mashed potatoes and my convection roast Whole Chicken. My sister also just mentioned how good it would be with some polish sausage (or kielbasa) This originally was topped with goat cheese. I personally can’t have goat cheese anymore so I eat it plain but if you can eat dairy, make sure you put a dollop of cheese on top. It’s AMAZING!
Persons
8
Serving Size
1/2 cup per serving
Prep Time
10 minutes
Cook Time
3 hours 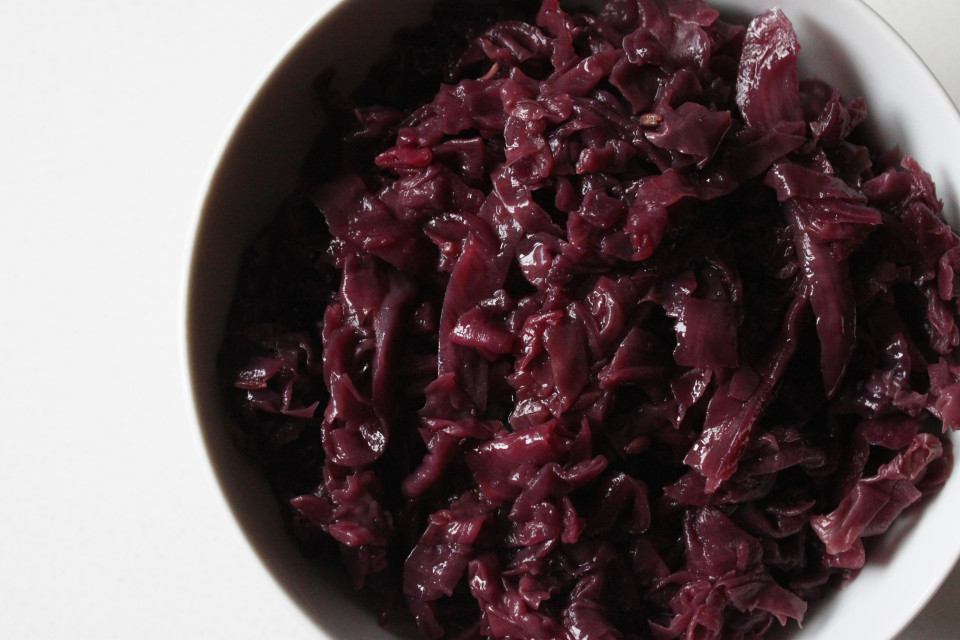 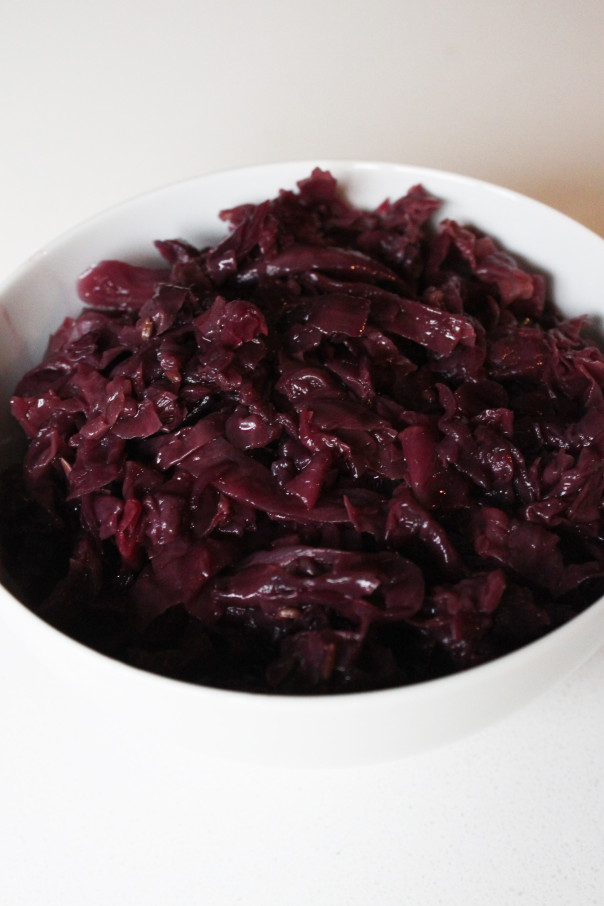 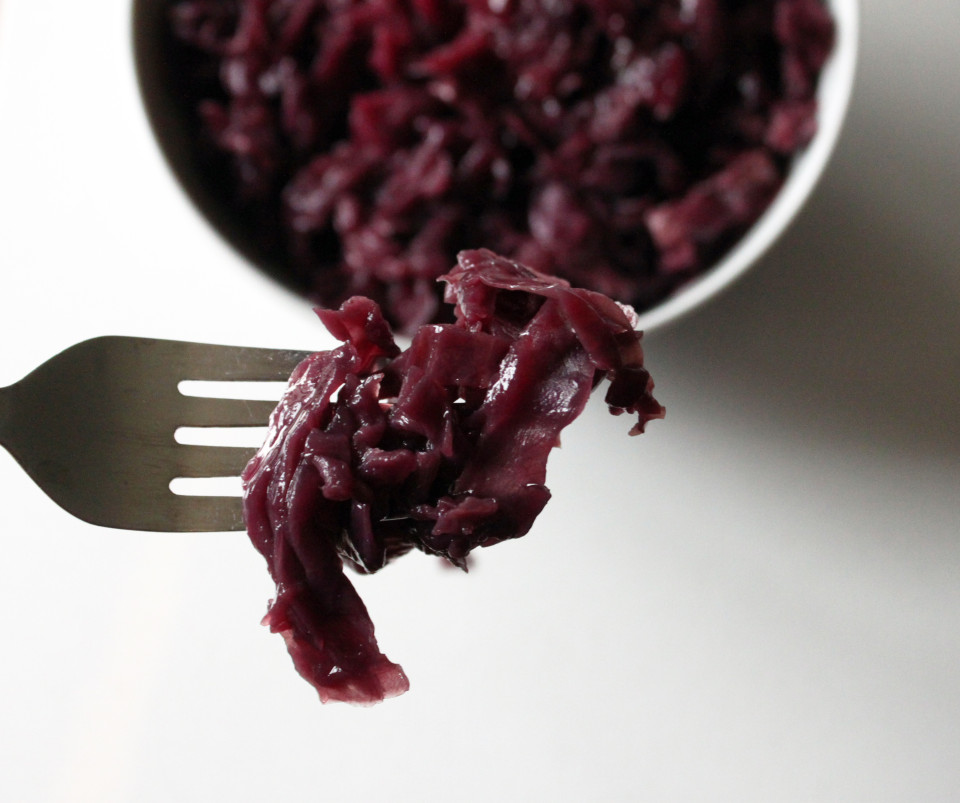