So,  I’m down in Key West, sitting on the porch of a 95 year old hotel, hair and makeup done for a wedding I’m attending later, listening to the rain, breathing in the ocean air feeling TOTALLY relaxed while the little one is taking a nap with dad in the room. I just got word that it’s snowing in Michigan – actually, the pictures look like it’s been snowing for a while. This soup is the last thing from my mind right now but I figured I would post it for those of you cozying up by the fire for our first real snow in Michigan tonight.  Sometimes there’s nothing better than homemade chicken noodle soup, especially one that tastes this good after you’ve went gluten free, soy free, and dairy free (this is also nut free and could be egg free depending on your choice of noodles). Usually I make this COMPLETELY homemade (except for the noodles) by roasting the chicken (try this really yummy version, convection roast chicken) and making homemade broth (we do it in the crock pot). I usually roast a chicken (or two) for dinner one night, then pull off the leftover meat, toss the bones in the crock pot to make broth. Then the next day I take the fresh broth and make the soup like below.

Sometimes though, it’s more like this….We have a habit of coming down with a cold everytime we’re sleep deprived and heading home from our vacations in Northern Michigan – it doesn’t matter if it’s cold season or not (actually it’s usually in July).  Typical situation  – “Hey, the little one’s sleeping, get off and take the back way home, stop at Kroger so I can get stuff for soup”.  So I buy baby carrots (I really like to use real carrots instead of baby but they’re easier when we’re in a time crunch), onions, celery, and a rotisserie chicken – If we don’t have homemade broth frozen I’ll buy some Pacific Organic Chicken Broth 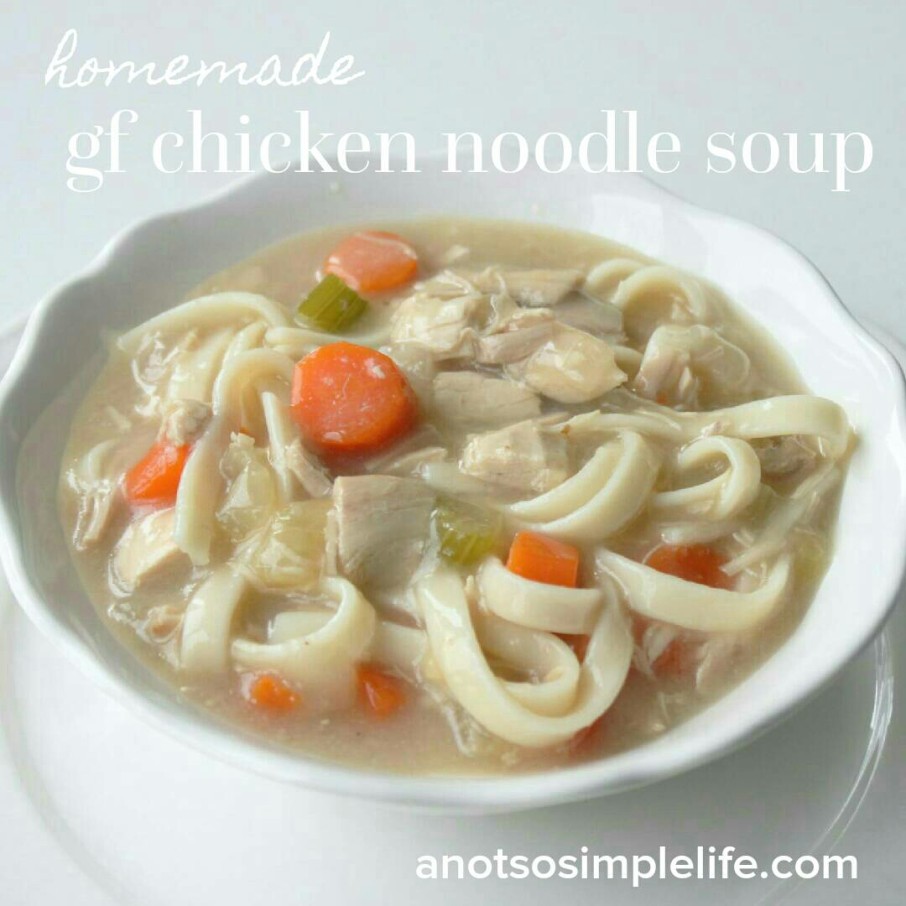 My absolute favorite way to make this is to convection roast a whole chicken to eat for dinner, remove the leftover chicken from the bones and chop, make broth with the bones overnight in the slow cooker, then make this soup the next day.
Easiest way: Use baby carrots (already peeled and you don't really even have to chop them if you're in a hurry. Use a rotisserie chicken and store brought broth. Some grocery stores even have already chopped onions and celery if you're sick and want to make it ridiculously simple! 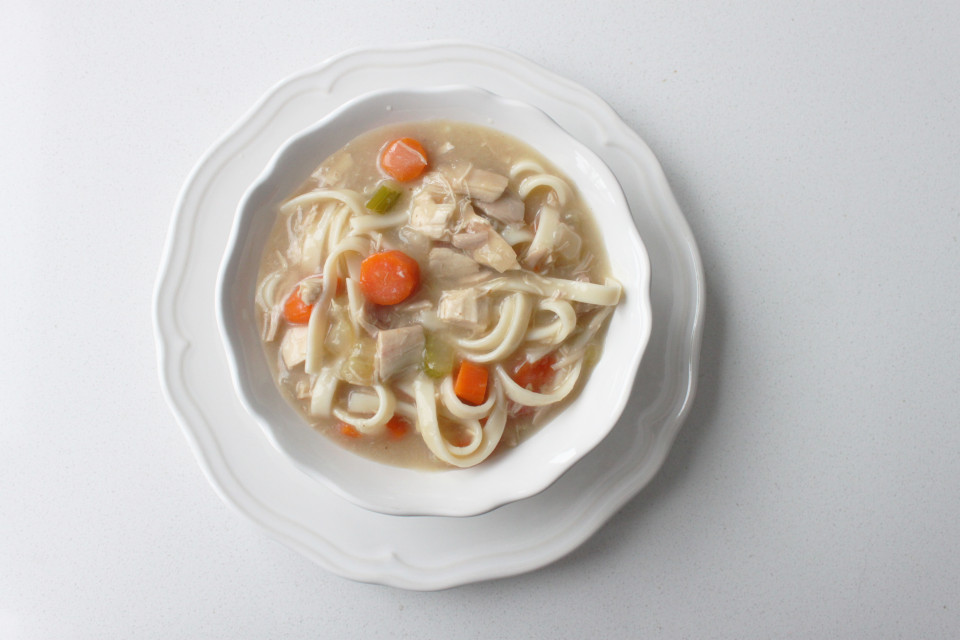 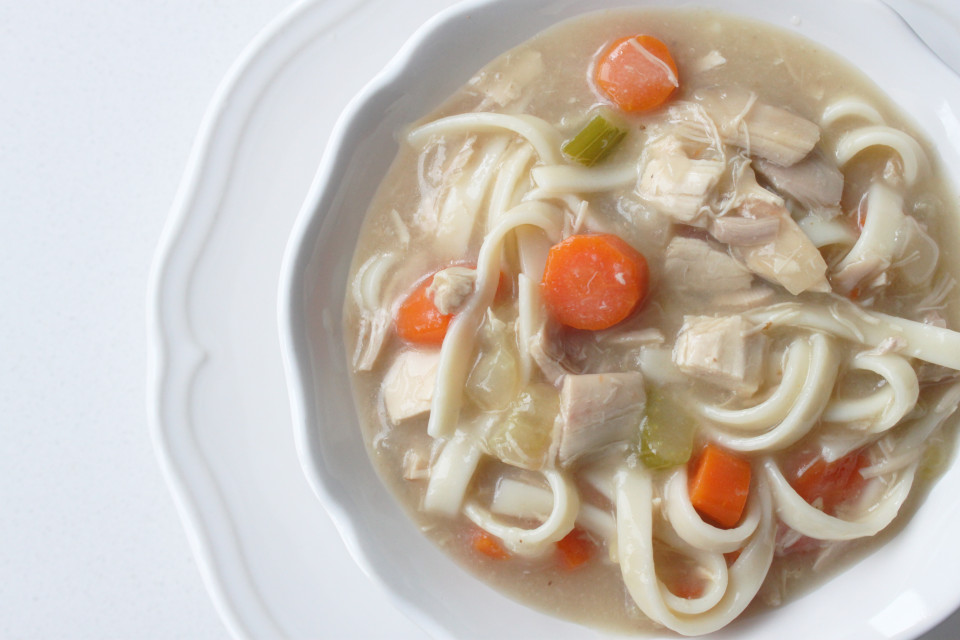 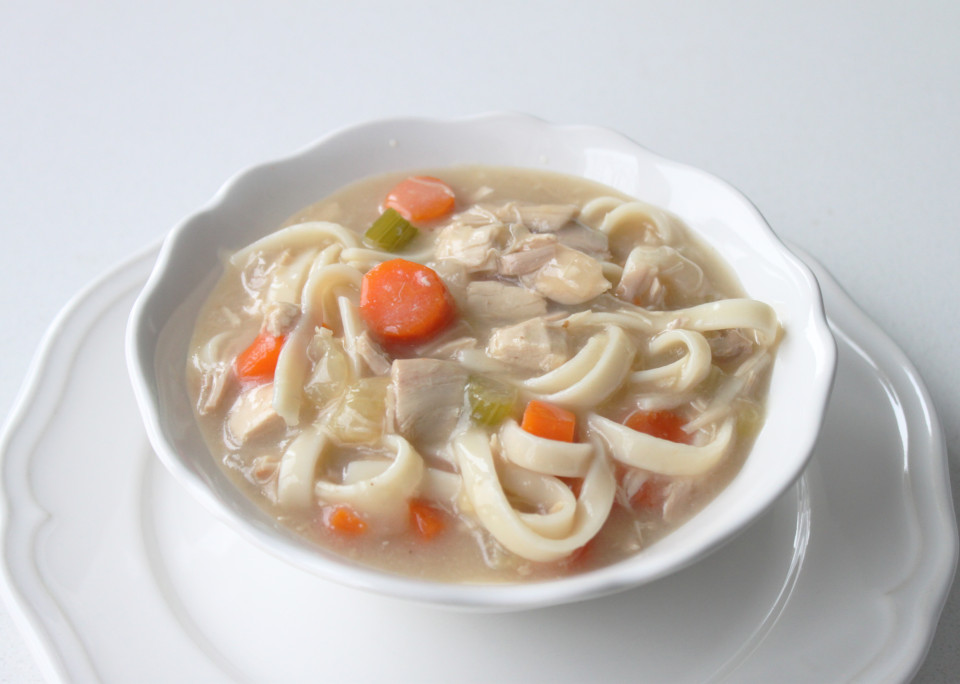